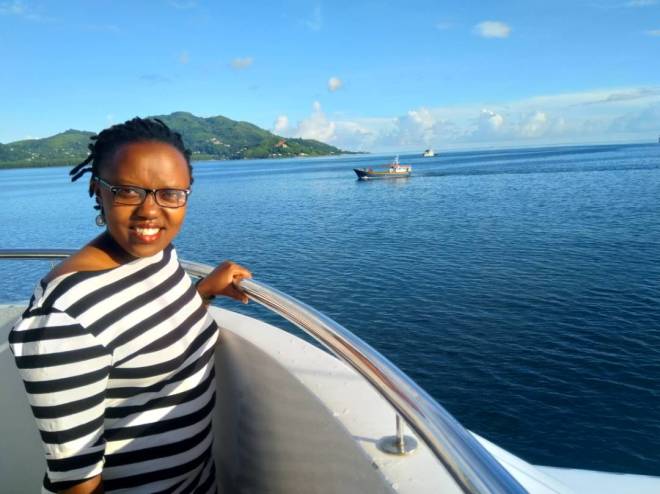 We had spent most of our time on Mahe Island where we enjoyed visiting different beaches. the experience here was everything one looks for while on a holiday. On this day we took a trip to Praslin Island to visit the beautiful Praslin national park which is home to Vallee de Mai Nature Reserve.

The trip started right after breakfast with a transfer to the jetty to catch a ferry to the Island. There is an option of flying to Praslin if you are not interested in taking the ferry. The ferry had different components i.e. the VIP section and the economy section. We had booked the economy section so we quickly found seats and waited for everyone to board and we set off for our 1 hour ferry ride to Praslin. The journey to Praslin was mostly good moving past fishing and cargo boats, enjoying the sights of Mahe Island as we moved away from it and sights of planes landing at the Airport.

We finally arrived in Praslin with lots of excitement.  Just like Mahe, Praslin is very beautiful with white sand beaches and blue waters lined with mountains covered by green vegetation. The difference was that the population seemed less (well even at Mahe the population is low compared to most places I have visited before) and the mountains had more shrubs compared to forests. We got into the  bus that was waiting to transfer us, the roads are so narrow it is amazing that accidents rarely happen – the road discipline is amazing. I think if Ugandan drivers lived in Praslin, they would be shocked and hopefully adapt well otherwise accidents would be the order of the day. 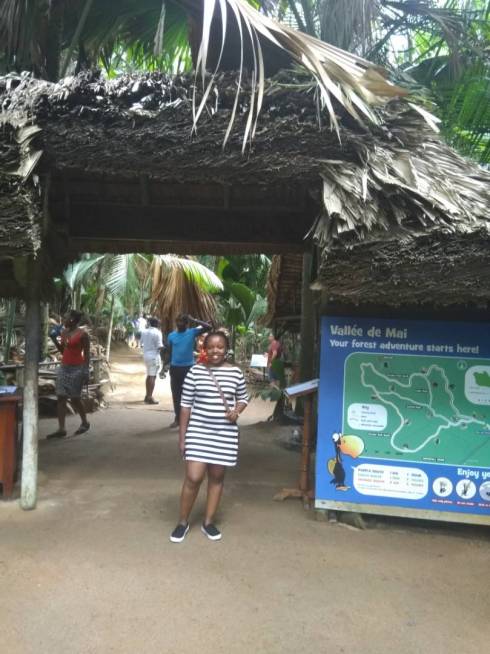 Our first stopover was the Vallee de Mai Nature Reserve. I was so excited and looked forward to the nature walk in the reserve because I wanted to see the famed Coco which is the female and male coconuts and the endemic bat. The reserve has different trails depending on interest and time one is interested in taking. The Coco is endemic to Seychelles and one needs a special permit to take it take it out of the country.

The beaches here were everything I imagined. They are less populated maybe because generally fewer people make it here. In fact most of people simply come for a day trip and return to Mahe. We enjoyed the general sights which was topped up with the views of the giant Tortoises. 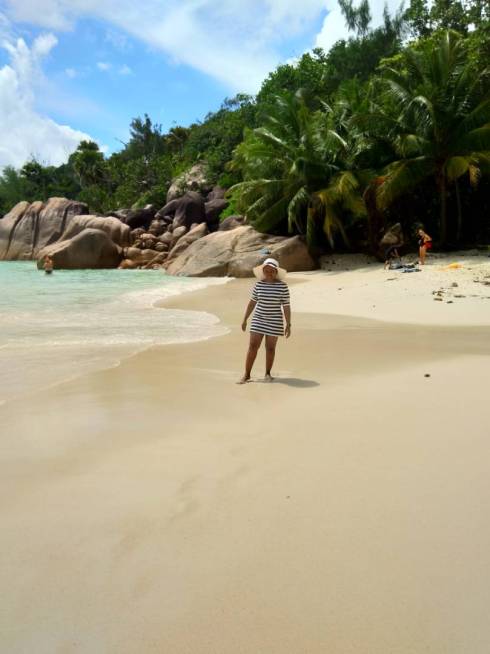 The ride back to Mahe was a disaster for me, I was a complete wreck being sea sick. We were told the weather generally changes for the worst in the afternoon evenings but I also think the kind of ferry probably worsens the experience as it bounces off the water. I think I would choose to fly there next time to avoid this experience.