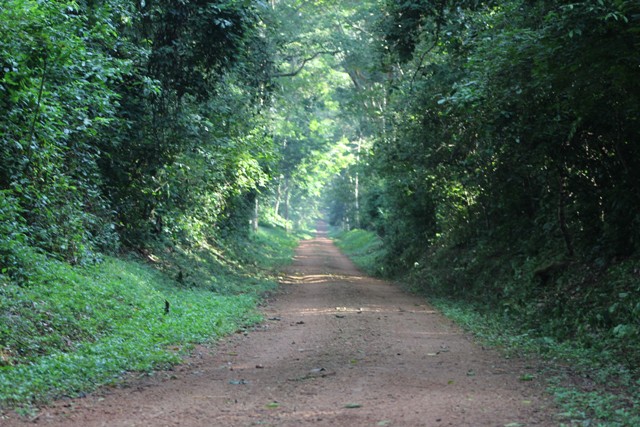 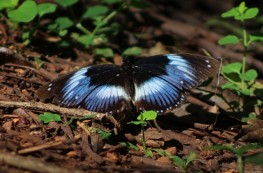 This was one of the best days on our birding trip because we were birding the beautiful Royal mile in Budongo forest which has a part inside Murchison falls national park called Kaniyo Pabidi and the part outside which we were visiting known as Royal mile. There is also a section known as Busingiro sector but we did not visit this section on this trip.

We spent the night in Masindi town which is over an hour away from the Royal mile section of Budongo forest. It is some drive on a dirt road but very active for birders. We must have spent about 2 hours on a stretch that should take about 40 minutes because of the various bird species we found on the way. We arrived at the gate of the royal mile about 8.30 am and prepared to start birding immediately. We were mainly birding along the ‘road’ and rarely on the footpaths off the road. 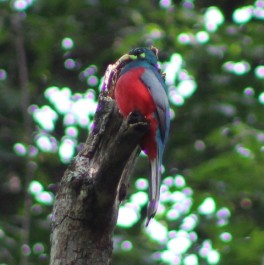 The royal mile in Budongo forest is one of the best places to bird in the forest in Uganda. There is generally good light which allows you to easily view the birds and photograph them. The birds are also generally on the ground or in the lower branches of the trees and not the high up canopies (some are but not too many) like while birding in many forest destinations. The bird species that were the highlight for the day were; Chocolate backed Kingfisher and African Dwarf Kingfisher, Nahan’s Francolin, Narina Trogon, Yellow billed barbet, African Moustached Warbler, Yellow-throated Greenbul, Yellow-mantled Widow bird, and Purple Starling.

We had a picnic lunch in the beautiful forest and soon started to bird. No sooner had we started to bird than it started raining, even though this is something to expect when in a tropical forest in Uganda, we were a bit frustrated because we had geared up for a full day birding. We returned to the lodge in preparation for the day tomorrow to Murchison falls national park through the Rift valley escarpment with views of Lake Albert. We climaxed the day with local food at Kolping Masindi which was an experience.