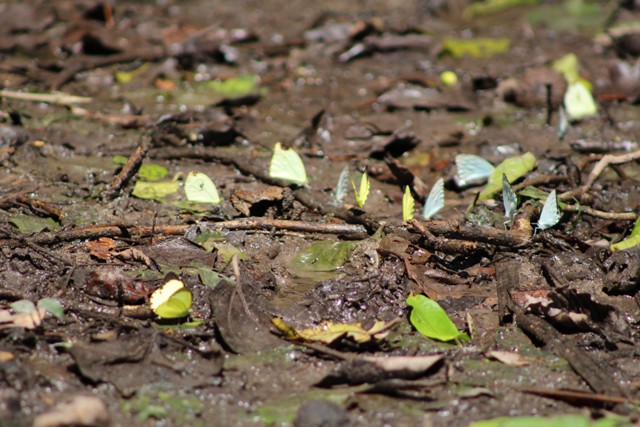 Day was spent in Semuliki national park birding the Kirumira trail for special central African bird species found only here in East Africa. We had an early breakfast for the 1,5 hours drive to Semuliki national park. Unfortunately it started raining a few minutes after leaving the lodge making the sighting of birds along the road difficult and photography impossible.

We eventually arrived at the park but had to wait to enter the forest because it was dark due to the earlier rain even though the it had now stopped raining. This caused most of the birds to stay inactive and therefore we decided to bird along the road as we waited for the sun to come out for us to enter the forest.  We had sightings of horn bills and Blue cheeked mangabeys as we birded the roadside.

Eventually the weather eased up and we entered the forest taking on the Kirumira trail in Semuliki national park. We heard birds more than we saw them on this particular day because of the dull weather. The birds we saw were by use of binoculars and yet the clients are interested in photography. Nevertheless we managed to capture a few species on camera and the rest was spent enjoying the forest and the beautiful butterflies and sounds of Debrazza monkeys which are shy, we sighted them briefly before they went into hiding.

We eventually found a good spot to have our lunch after which we continued on the bird walk which was now mainly a forest nature walk with several colorful butterflies.  We exited the forest about 4.00 pm for the wildlife reserve thereafter. We saw some birds along the way because now the skies were clear and the birds were having their evening dinners. Day 10 ended well and on to Day 11 the next day.